The Cricket Society and MCC Book of the Year Award

View Events and browse past winners
About Awards Howard Milton 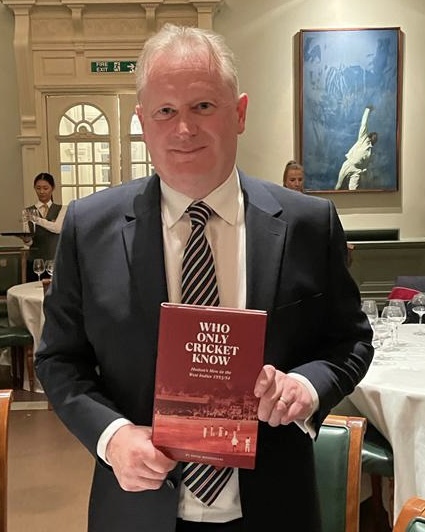 The Cricket Society/MCC Book of the Year

The competition run by The Cricket Society since 1970 and in partnership with the MCC since 2009, is for cricketing books nominated by Members and is highly regarded by writers and publishers.  It carries a prize of £3000, which is presented at an awards evening each spring in the Long Room at Lord's.

See Book Of The Year events >

2018 - Connie: The Marvellous Life of Learie Constantine by Harry Pearson

2017 - A Beautiful Game; My Love Affair with Cricket by Mark Nicholas

2014 - The Great Tamasha : Cricket, Corruption and The Turbulent Rise of Modern India by James Astill

2011 - Slipless in Settle by Harry Pearson

2010 - Didcot and the Demon by Anthony Gibson

2009 - Life Beyond the Airing Cupboard by John Barclay

2006 - Cricket's Burning Passion, Ivo Bligh and the Story of the Ashes by Scyld Berry and Rupert Peploe

2002 - A Corner of a Foreign Field:  The Indian History of a British Sport by Ramachandra Guha

2001 - At the Heart of English Cricket: The Life and Memories of Geoffrey Howard by Stephen Chalke

2000 - Mystery Spinner: The Story of Jack Iverson by Gideon Haigh

1999 - The Social History of English Cricket by Sir Derek Birley

1997 - The Glory Days of Cricket: The Extraordinary Story of Broadhalfpenny Down by Ashley Mote

1992 - England Expects: A Biography of Ken Barrington by Mark Peel

1988 - The Players: A Social History of the Professional Cricketer by Ric Sissons

1987 - Pageant of Cricket by David Frith

1986 - Hedley Verity: A Portrait of a Cricketer by Alan Hill

1985 - The Art of Captaincy by Mike Brearley

1983 - Australian Cricket: The Game and the Players by Jack Pollard

1982 - Phoenix from the Ashes by Mike Brearley

1976 - On Top Down Under: Australia's Cricket Captains by Ray Robinson

1970 - My Dear Victorious Stod: A Biography of A.E. Stoddart by David Frith

All paintings and Illustrations featured are reproduced by kind permission of Christina Pierce - Cricket Artist. www.christinapierce.com
Log in | Powered by White Fuse