Promoting cricket in all its spheres – listening, reading, watching and playing 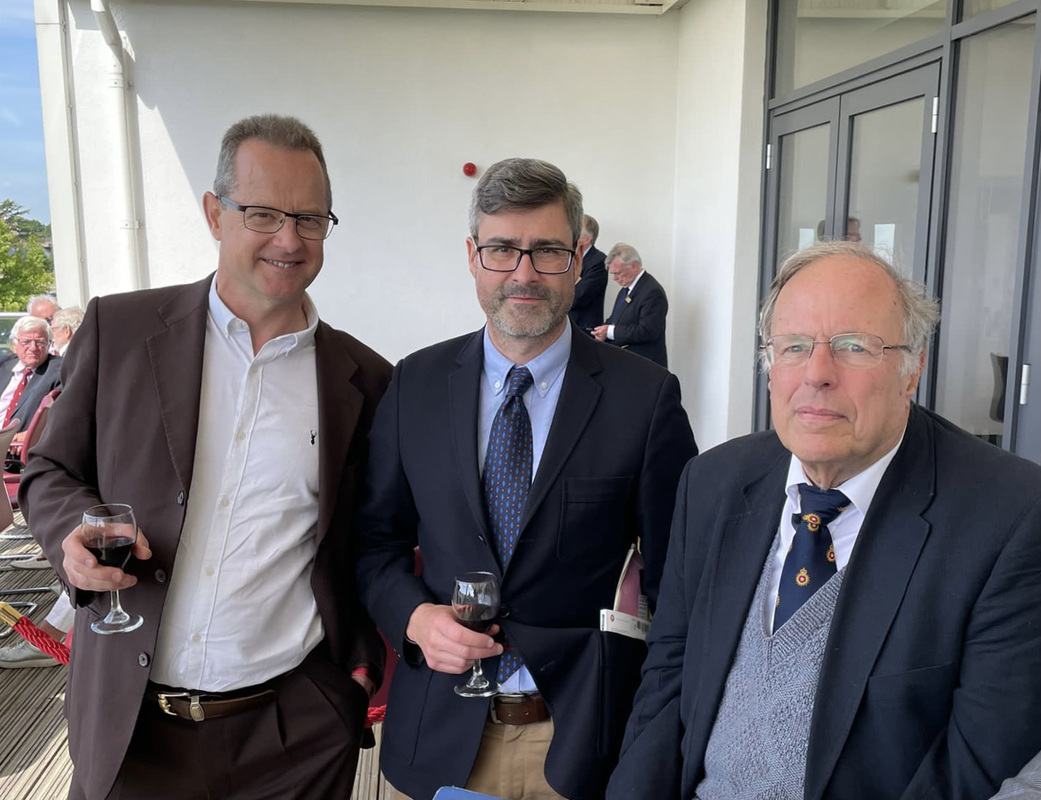 David Woodhouse‘s Who Only Cricket Know, a riveting account of England in the West Indies in 1953-54 and much more, completed David’s hat trick of cricket book wins. Our very own Derek Barnard, a cricket section Sports Book Awards 2022 judge, introduced the award. The judges - including our Vice President Sir Tim Rice - had all agreed that this was, ‘the best cricket book for many years’.

Short-listees Vic Marks, Felix White and Mark Peel were all there. Michael Holding took two awards in succession for his 'Why We Kneel, How We Rise', bagging the Sports Writing Award and the overall Sunday Times Sports Book of the Year. The Cricket Society and MCC Book of the Year 2022 was the first award for David’s book. It was also the choice of Wisden 2002’s reviewer Vic Marks. Nominations for our 2023 Award, for cricket books published during 2023, may be made to [email protected]

As part of the expanded coverage of the website we'll be posting brief reports on all the Society's events in our Events archive. Read about the Society's day out at the cricket in Beckenham here. Pictured above is the Society membership team of (pictured above L to R) Matthew Stevenson, Geoff Levett and David Seymour who met up for the first time in Kent.

Simon Mann spoke at our Spring Lunch in May, click through for more details and a poem Simon has shared with the Society on the sad early death of Shane Warne.   Thanks to Chartplan Ltd. for prizes of £50 prize and sumptuous illustrated books. Members and their guests greatly appreciated an excellent event and Division 1 Championship cricket from a great vantage point.

The Society's friends at the Cricket Society Trust have continued to support schools cricket throughout the pandemic and will continue to do so via the Fred Trueman State Schools League. Click through to their website to find out more about their work and how you can help to grow the game.

The Cricket Society is delighted and honoured to be hosting an evening at the Union Jack Club (Sandell St, London SE1 8UJ) on Monday 20 June 2022 with the cricketing legend Mike Procter. The talk will start at 7pm and finish around 9pm with a short interval at 8pm. Mike will be talking about his life in cricket including his playing days, his time as coach of South Africa and serving as a Test match referee. He will also be talking about his charitable Foundation (https://mikeprocterfoundationuk.org). Book your tickets here.

Stephen Chalke's recent interview with Scyld Berry is now available on our Publications page and can be accessed via this link.

Members can now access the latest issue of the Society's Journal online, just click through to Publications and browse on your laptop, mobile or tablet.

This year's winner is David Woodhouse, whose Who Only Cricket Know: Hutton's Men in the West Indies 1953/4, wowed the judges with its fine research and elegant writing, telling the tale of the most controversial tour since Bodyline.

The other five shortlisted books were as follows:

-       Too Black to Wear Whites, The Remarkable Story of a Cricket Hero Rejected by the Empire, Jonty Winch and Richard Parry, Pitch Publishing

The other books considered were:

-       Not Out at Close of Play; A Life in Cricket, Dennis Amiss, The History Press

The competition, run by the Cricket Society since 1970 and in partnership with MCC since 2009, is for books nominated by MCC and Cricket Society Members, and is highly regarded by writers and publishers. The 2021 winner was Ashley Gray’s The Unforgiven, Mercenaries or Missionaries? The Untold Stories of the Rebel West Indian Cricketers who Toured Apartheid South Africa, Pitch Publishing.

There are no articles to display.
All paintings and Illustrations featured are reproduced by kind permission of Christina Pierce - Cricket Artist. www.christinapierce.com
Log in | Powered by White Fuse