The Cricket Society were delighted to be entertained by guest speaker and Test Match Special commentator Simon Mann at the 2022 Spring Lunch at the Oval. Happening soon after the passing away of Shane Warne it was also an afternoon for reflection on the outstanding career of one of the greatest cricketers the world has seen.

Simon was kind enough to share a poem he composed on learning the news of Warne's shockingly early death which we reproduce below. 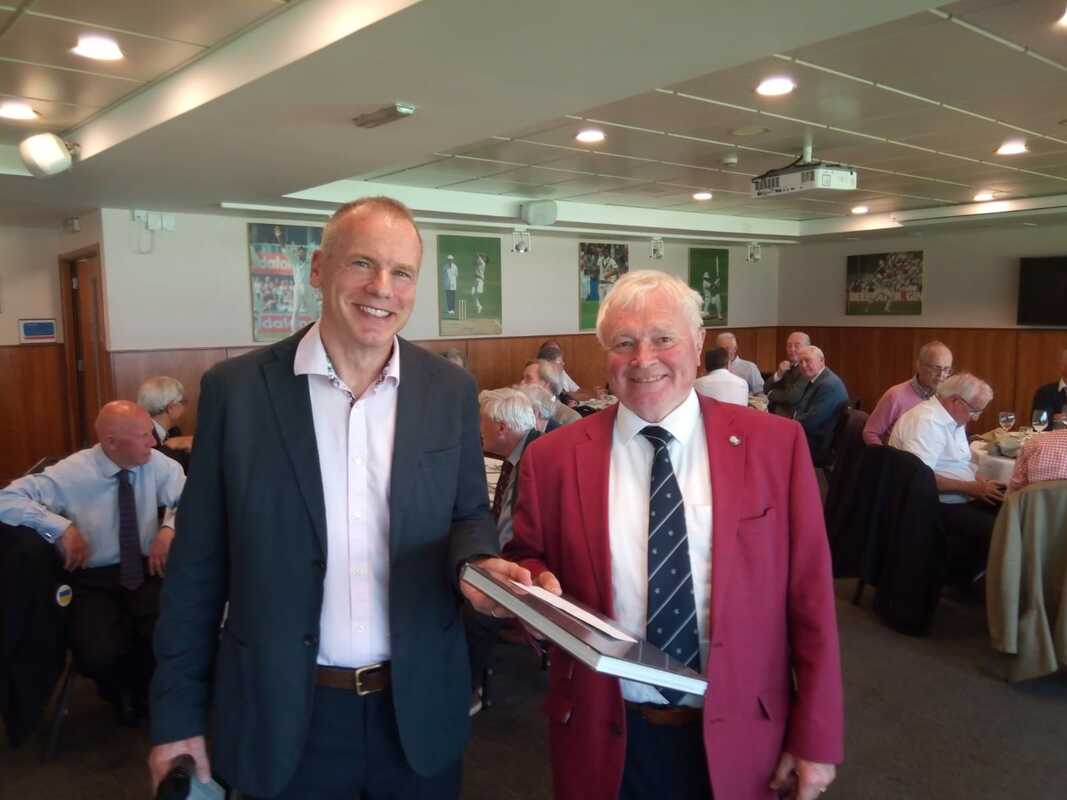 Simon Mann with the lucky winner of our heads and tails quiz. 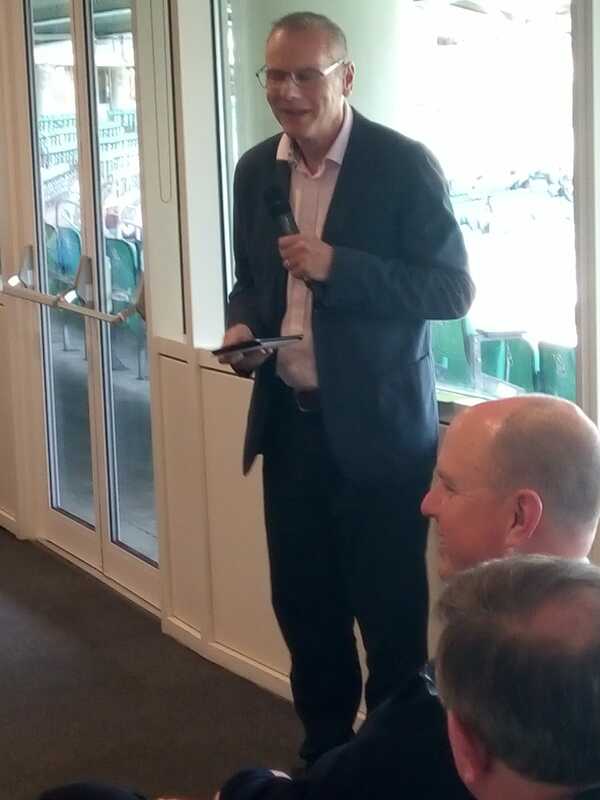 Simon in full flow entertaining Society members and their guests.

You were a pain

To batters far and wide

You didn’t really have them all

But you had it all.

And you were famous for that ball…

The day you spun it past Mike Gatting

Not with pace or swing

But with lethal spin

You truly were the king

You could spin them out

You could talk them out

And when you stopped playing, you talked some more

In commentary boxes from Lord’s to Brisbane

From Cape Town to Nagpur

Your highest Test score was 99

One more run would have been fine

But, alas, you were caught on the rope

But what does it matter?

You played with confidence and style

You revived a dying art

You earned the right to have a dart

Because that was you

Chance your arm, don’t die wondering, have a go

And because of that you had the cricketing world in tow

You were Australia’s national treasure

You had fun on and off the pitch

And by the end you were so famous, you had two funerals

One family; one state

You truly were a cricketing great

All paintings and Illustrations featured are reproduced by kind permission of Christina Pierce - Cricket Artist. www.christinapierce.com
Log in | Powered by White Fuse